It’s a rare day when I actually find some insight from the gossip column of MX.  It’s an even rarer day when I publish a post while I’m in class (FYI, I typed most of this while on my way to uni- efficient, no?).  The ‘article’ was entitled, ‘Peachy keen to be buds’, from the MX on May 9, 2011.  I’ve extracted bits of it below and I’ll let the words speak for themselves:

“Peaches Geldof and Eli Roth have given me a lot to think about.  The exes, who broke up six months ago, have been spotted out together, sparking rumours they are back on.  Or are they?  Surprisingly, most tabloids are sticking to the story they are just friends. (then BLAH BLAH BLAH)  Cynicism aside, can you really be friends with your ex? (insert bit about how Peaches’ current bf would probably say a few things).  Otherwise, it’s fair to say the friendship prospects of a former couple all comes down to the break-up. (bit more stuff about Peaches and Eli’s reasons for breaking up).  A boyfriend or girlfriend is also often a best friend, so when the relationship dies, does that mean the friendship is terminal?

Liz Hurley and Hugh Grant have remained besties since splitting 11 years ago. (A bit about their friendship). “We have separate lives now but we are there for each other and that’s what counts.”  Demi Moore and Bruce Willis still vacation together- with respective partners.  How’s that for happy extended families? “It’s hard to understand, but we go on holidays together.”  Willis says.  “I’m thrilled that Ashton turned out to be such a great guy.” (ha!)  Cameron Diaz is even starring in a movie with her ex Justin Timberlake.  “We break up.  We move on.  All I want for him is happiness. And all he wants is my happiness,” Diaz says.  “We’re good at being funny together.  That’s easy.”

So… can ex mark the bestie spot?

I have to say that I was in agreement with a few points from a blog post that has since been deleted… hmmmm. Well, the initial step in the healing process after a break up (I believe) is to go cold turkey for a bit… it’s like getting off a drug (I assume) where you have to learn to be dependent from something (or in the case of a relationship, someone) that had previously consumed so much of your life.  But after you have completed rehabilitation, what happens next?  Like the author of that ‘article’, (for once) the celebrity exes have given me a bit to think about.

Stories such as this one make me glad be an Australian.  You (well, I) can’t help but get a bit choked up hearing about how Queenslanders and volunteers from around Australia have banned together in this natural disaster to get the ‘sunshine state’ back on it’s feet.  It will be a long journey and everyone will be affected (petrol, fruit and vegie prices set to sky-rocket nationally) but we’ll get through this.  It’s amazing how strong the human spirit can manifest in the face of tragedy.  Strangers turning up at water-damaged houses willing to lend a hand, plumbers and electricians giving their services freely to those in need… it’s a beautiful thing.  There’s still much to be done, but there’s much to be thankful for as well.  There’s a sense that we’re at the end of the tunnel now and the light is in sight. 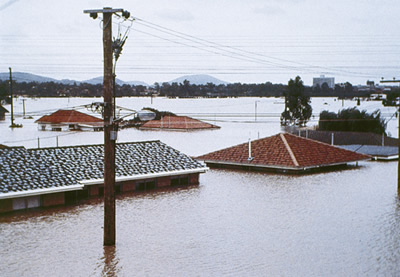 Just go to Google, type in ‘QLD floods’, press Enter and it does not take more than a few words to realise the magnitude of the disaster that is upon the sunshine state at this present hour.

I was overwhelmed with tears as I watched the news reports on the flash flooding that hit Toowoomba, claiming at last count up to 11 lives. It was heart-breaking to read about the family that had to leave their wheelchair bound grandmother to get to higher ground for their own safety. I can’t imagine the trauma of having your little 4 yo son torn from your arms, taken by the rushing deluge.  Never could I fathom watching my house fill up to the roof with water.

There was a sense of helplessness as I watched the possessions that others have spent their lives chasing and building just get swept away in an instant. It reminded me about how fragile life really is and how we ultimately don’t have control over all that happens in our lifetime.

‘Our thoughts are with you.’ Thoughts aren’t going to be of much help right now. Australians have been very generous would over $8mil donated to flood victims and there have been big contributors from around the world as well. But that will only be put to use in the aftermath.

I’d like to think that if I was in QLD now I’d be out helping with the rescues or providing comfort for those in relief centres…but I’m not there. Right now in this dire situation, all I can do, and the action that all who are ‘prayerful’ should do is: pray. I was searching for someone to acknowledgement this important task in the many media conferences that took place yesterday and finally, a fallen PM had the courage to bring it to light for the Australian people. Prayers are what’s needed.

The Lord says, “I will rescue those who love me.
I will protect those who trust in my name.
When they call on me, I will answer;
I will be with them in trouble.
I will rescue and honor them.
I will reward them with a long life
and give them my salvation.”

Even though it wasn’t written to relate to the floods, Queensland came to my mind this morning.  We need to take heart, keep steadfast in prayer for the victims, for those who’ve lost loved ones or their houses, for those who are out there looking for survivors, for God’s mercy and grace to ‘rain’ down on Queensland.  I believe that nothing is impossible with God and will continue appealing for His intervention.  May the believers in Queensland stay strong in faith that our God is a good God who hears our prayers.

“God can give and God can take. We must be thankful for what we have, be faithful and continue to pray for those families who are left with nothing.” – Ti 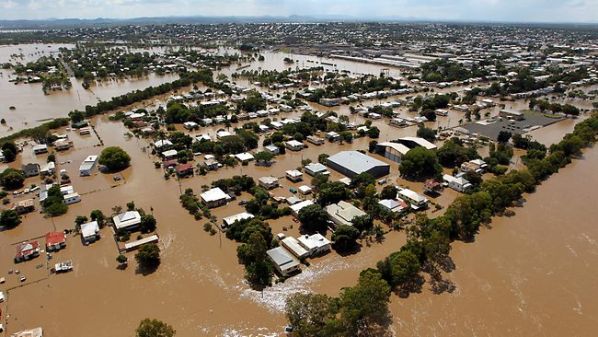 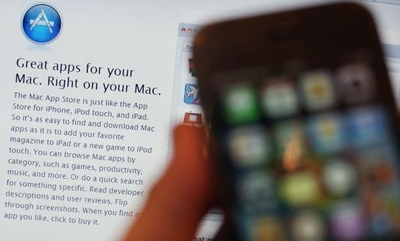 I wasn’t intending to do posts on news items but being a lover of words and the power of the written language, this one was hard to pass up… I personally wasn’t a fan of either of the words that made the top two in 2010, but I did use the winner more often than the runner-up… how about you?

‘App’ beats ‘nom’ to win word of the year

JOE MANDAK, PITTSBURGH, The West Australian January 8, 2011, 3:30 pm
The tech slang “app” was voted the 2010 “Word of the Year” Friday by the American Dialect Society, beating out Cookie Monster’s “nom, nom, nom, nom.”  The shortened slang term for a computer or smart phone application was picked by the linguists group as the word that best sums up the country’s preoccupation last year.

“Nom” – a chat-, tweet-, and text-friendly syllable that connotes “yummy food” – was the runner-up. It derives from the Sesame Street character’s sound as he devours his favorite food.

The vote came at a Pittsburgh hotel ballroom during the national conference of the Linguistic Society of America, an umbrella group that includes the Dialect Society. About 120 of the 1,000 conference attendees voted in the “competition”, with neither side entirely satisfied.

Critics of “app” said the word was somewhat stale, while proponents said 2010 was the year the word became omnipresent – with one arguing that her elderly mother knows the term, even though the woman doesn’t have any apps.

“I think this past year there wasn’t anything clearly dominant,” Metcalf said. “But there’s no question ‘app’ is a very powerful word.”

Though the Word Of The Year is perhaps the best known item on the national conference agenda, it’s hardly the most serious. The program includes discussion of such subjects as school curriculum and raising education standards.

And that’s one reason Metcalf said the Word Of The Year isn’t universally popular among the conferees.

“But, on the other hand, it attracts a lot of attention to our work,” he said.

Anyone could nominate a Word of the Year by email or Twitter, using links on americandialect.com.

As with app, tech terms have been among the most popular since the group started the competition in 1990. Some previous winners include “millennium bug” (1997), “information superhighway” (1993), and “web” (word of the 1990s).

When the internet doesn’t hold sway, current events or politics tend to dominate. Listed among nominees on the group’s website were “tea bagger”, “Palinism” and the Palinism “refudiate”. On Friday, voters chose to nix political terms altogether, including “Obamacare” and “mama grizzly” – yes, yet another Palinism, referring to conservative women who are protective of their families.

The inaugural winner, in 1990, was Bushlips, defined as “insincere political rhetoric” an apparent reference to President George H.W. Bush’s broken “Read my lips, no new taxes!” promise. Chad, as in “hanging”, was 2000’s word after the contested victory by Bush’s son, and 2002’s winner was also taken from a pair of Bush lips: WMD, as in “weapons of mass destruction”.

BP’s oil spill in the Gulf of Mexico spawned many 2010 nominees, but none made the final cut, not even “spillion,” defined as an immeasurable number, in reference to the billions of gallons of oil that spilled into the waters.

This blog is now reserved for the more 'personal, perhaps more deep and meaningful, hopeFUL romantic, Jesus lovin' and other random-musings' side of Ames.

If this isn't your cup of tea, you can find content about photography, foodies stuff and Melbourne life here: amelbournegirlatheart [dot] com

I do not own the rights to the photos or pictures used here unless otherwise specified. All images have been reproduced for personal use only.

What I Write When

What You Are Looking For?