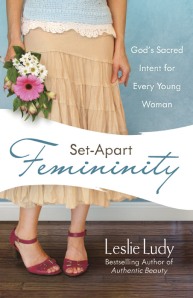 This book has changed my life.  Like, literally.  I would love to do a closer analysis of it but right now, I don’t think I could do it justice.

This is the real deal.  There’s no gloss, no fluff, no wishy-washy Christianity.  The author, Leslie pushes past the ‘shallow, self-focused, pleasure-seeking femininity’ that is common in today’s society (even in Christian circles) and sounds the call ‘for the heroic femininity that world-changing women of history understood’.

This is not for the faint hearted.  Read it only if you are ready to trade in the mundane, everyday, ordinary life for one that is ‘radically abandoned, poured-out, servant-hearted’…

Let us live looking up, looking on, standing true by the grace of Him who has called us.

Synopsis: Millions of words have been written on the true nature of love, but few are as succinct as in this book.  This seminal inspirational work divides ‘love’ into four categories: Affection, Friendship, Eros and Charity.  The first three come naturally, but without Charity, C.S. Lewis shows how all love can become distorted, bitter and even dangerous.

Thoughts:  I actually bought and read this book in early 2010 but never got around to reviewing it so I thought before putting my 2 cents to it, I should read it through again… and I’m glad I did.  C.S. Lewis really is a literary genius.  Perhaps I don’t read enough of the classic authors to make this statement, but I do think he writes very eloquently and there is always a quiet reasonable logic behind the observations he makes about the different natures of ‘love’.  As C.S. Lewis was an author who was a strong atheist before becoming a Christian in his later life, he does write from a Christian perspective and uses lots of examples from literature.  I did find that I had to exude a lot of concentration or read lines twice to grasp the meaning of his words but there was definitely worthwhile insight to be gained.  The most intriguing section, in my opinion, was his observations on the love of ‘Friendship’ (hence, it was also the section I coloured most with my green highlighter).  He observes that ‘Friendship is – the least natural of loves; the least instinctive, organic, biological, gregarious and necessary’.  ‘It has no survival value; rather it is one of those things which give value to survival’… just one of the many amazing insights I got from the book.  I personally felt that his descriptions and analysis of the other aspects of love were also quite accurate and would encourage everyone to read it either for personal development or just for the admiration of such well-thought out proses (though I think you’d need a fairly good grasp of the English language and more than a handful of patience to persevere to the end- was quite a brain workout for someone who hadn’t read anything that intellectually stimulating since exams).

“The mark of perfect Friendship is not that help will be given when the pinch comes (of course it will) but that, having been given, it makes no difference at all.” – pg 84

Last review can be found here.

This blog is now reserved for the more 'personal, perhaps more deep and meaningful, hopeFUL romantic, Jesus lovin' and other random-musings' side of Ames.

If this isn't your cup of tea, you can find content about photography, foodies stuff and Melbourne life here: amelbournegirlatheart [dot] com

I do not own the rights to the photos or pictures used here unless otherwise specified. All images have been reproduced for personal use only.

What I Write When

What You Are Looking For?